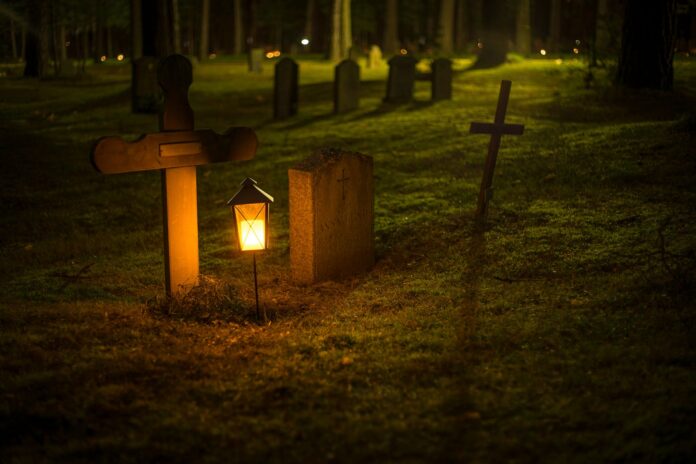 Found on gravestones throughout the world, R.I.P. is an abbreviation that has a rich history. The letters stand for a Latin phrase, requiescat in pace. The direct translation in English is “rest in peace,” though the Latin words are actually part of a much longer prayer for the deceased.

The first use of the Latin phrase dates to the 8th century and is meant to be a prayer for the deceased person, praying that they may experience eternal rest in Heaven. It corresponds with the Catholic belief in purgatory and the phrase remains a central part of Catholic funeral ceremonies today. The prayer is most commonly found in the following verse and response:

This prayer is also frequently set to music, especially in Latin “Requiem” Masses. Composers such as Bach and Mozart created their own compositions that feature this prayer.