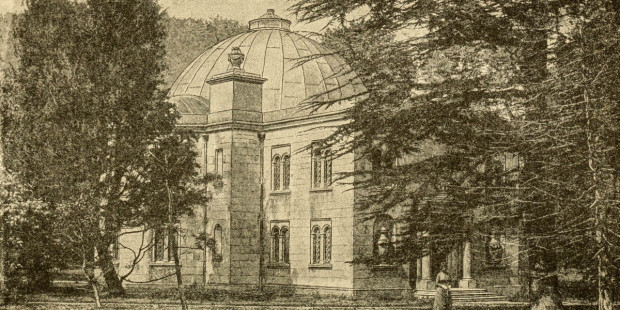 An account from the “Father of American Catholic History” tells the spooky tale.

For many – particularly those who have experienced religious persecution – the first thing that comes to mind when thinking of the United States is religious freedom. Here in our “melting-pot” people are free to follow any faith they choose and no one is turned away because of their creed. Prior to the Revolutionary War, however, when America was still an English colony, there was a deep-seated social prejudice against Catholics.

The accounts of colonial prejudice from nearly 400 years ago would have been long forgotten if not for the efforts of John Gilmary Shea, an early American historian who is often referred to as the “Father of American Catholic History.” Shea immortalized the Catholic struggle in the early American colonies over four volumes titled History of the Catholic Church in the United States.

To better understand the social climate in the century before the Revolutionary War, it is prudent to look back at the Irish Rebellion of 1641, when the Irish Catholic gentry tried to seize control of the English administration in Ireland in order to force concessions for Catholics. This failed coup marked the beginning of the Irish Confederate Wars, which pitted the Gaelic Irish and old English Catholics against the English Protestants and Scottish/Presbyterian planters.

Once the English had control of Ireland again, they began expelling those who took part in the failed coup, along with their families. From the records of Cromwell, it is estimated that between 50,000 and 100,000 people were forcibly transported to America. The majority of the men were pressed into service to the Protector’s Navy and many of the women and children were given to the settlers in Barbados, Jamaica, and Virginia. These people were slaves and indentured servants, treated similarly to the Africans and forced to work just as hard.

The English Protestant prejudices against Catholics only grew from there. Rules were set in place to fine people (up to 20 pounds) who did not attend the Protestant church; Catholics could not hold elected office or vote, they could not bear arms or own a horse worth more than five pounds, and it was even announced that, because Catholics were “incompetent witnesses,” they could not be called as such in a court of law.

It seems hard to believe that anyone would choose to become Catholic with such restrictions and general hatred being aimed at them, but this all began to change after a peculiar and spooky occurrence. A German Lutheran family, by the name of Livingston, emigrated and found a house in Virginia in 1779. The family had only lived in the house a short time before they identified a spooky, somewhat malevolent presence.

This strange visitant would burn their barns, kill their livestock, break their furniture, and cut up the family’s clothing in a “curious and remarkable manner.” Naturally, Livingston sought to rid the house of this unwelcome specter, an effort that drew many Protestant volunteers from the community.

The first group who came were scared away by a stone that rose out of the hearth and “whirled around for some time,” while another group was sent running when a Book of Common Prayer “was unceremoniously thrust into a place of contempt.” After this, several others tried to remove the haunting presence with little success.

It was when hope began to dwindle that Livingston had a dream – or perhaps a vision – in which he saw a Catholic church and heard a voice telling him that the priest there was the man who could help. Livingston’s wife convinced him to send for the Catholic priest, Father Dennis Cahill, who reluctantly came to the house and sprinkled holy water, at which time “the noise and annoyance ceased.”

Soon after, Livingston visited a Catholic church in Shepherdstown, where he recognized the officiating priest as the man from his dream. In that moment Livingston believed and converted to Catholicism, along with his family. This is when something truly wondrous came about, as Shea records:

“The Rev. Mr. Cahill subsequently said Mass at his house, but Mr. Livingston and his family were instructed by a voice which explained at length the sacraments of Penance and the Holy Eucharist, prayed with them, and frequently exhorted them to prayer and penitential works. These facts were notorious and the family were known to be almost ignorant of English and without Catholic Books …”

Livingston went on to devote himself to his faith, donating most of what he owned, including some land, to the Church. His family’s conversion inspired many of his neighbors to adopt the Catholic faith as well. In one winter no less than 14 people were converted, in a time when Catholics were not welcomed by the society at large.

A full account of these occur­rences was drawn up by the il­lustrious priest, Prince Demitrius Gallitzin, who spent three months personal­ly interviewing the Livingstons:

“My view in coming to Virginia,” he said, “and remain­ing there three months, was to investigate those extraordinary facts of which I had heard so much, and which I could not prevail upon myself to believe; but I was soon converted to a full belief of them. No lawyer in a court of justice ever did examine or cross-examine witnesses more strictly than I did all the witnesses I could procure. I spent several days in penning down the whole account.”

Want to read more early American Catholic history? You can read the full fourth volume of History of the Catholic Church in the United States here.

All four volumes, as well as all of Shea’s works, are listed here.