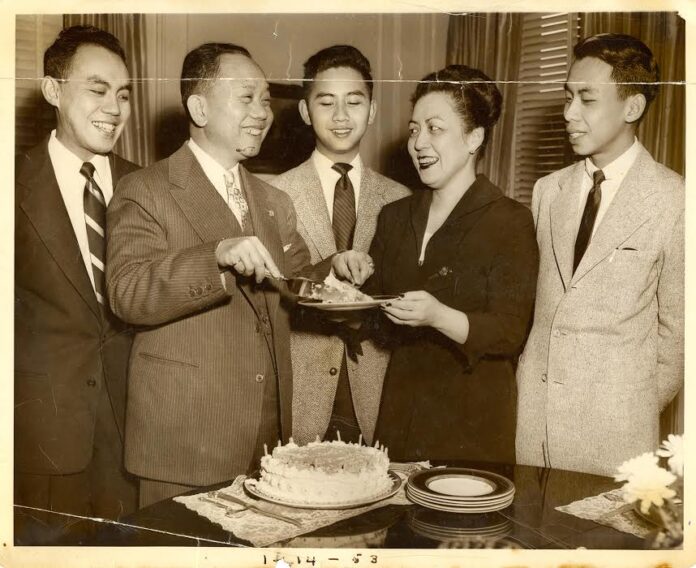 Father to four sons and grandfather to five girls and five boys, General Romulo dedicated his life to the pursuit of peace, envisioning a world where, in his words, “no child shall lie down in terror or waken to hunger but shall know himself as a being of unique value in a safer and kindlier world.”

For the whole month of June, Romulo Café pays tribute to all fathers with generous servings of Cocido. The hearty stew combines the flavors of beef shank, chicken, chorizo bilbao, chickpeas, pechay, cabbage, and saba (cooking bananas). This is simmered slowly in bulalo soup and served with the famous sauce of mashed saba and eggplant sauce.

Cocido was one of the General’s favorite dishes and was served at the Romulos’  “Kasiyahan” home for nearly all Sunday lunches. An order of Romulo Café’s Cocido is priced at P950.00 and is good for 5 to 6 people. Diners need to make a reservation for this special treat and order one day in advance.

Carlos Peña Romulo inherited his intense patriotism from his father, Gregorio, who fought in the revolution for Philippine independence against Spain and America. It’s no surprise that when he grew up, Romulo served as aide-de-camp to General Douglas MacArthur in World War II. A brilliant journalist, he wrote a series of articles about Japanese imperialism anticipating an attack on the United States. He won the Pulitzer Prize in Journalism for Distinguished Correspondence for his compelling reports.

He was a brigadier general in the US Army, receiving the Purple Heart and the Silver Star for his service during World War II. He later became the president of the United Nations, earning the distinction of being the first Asian to ever hold the post. He continued his dedicated work for the country, serving a total of eight Philippine presidents, including 17 years as Secretary of Foreign Affairs and 10 years as the Philippines’ ambassador to the United States. Romulo Café intends to keep the memory and legacy of this distinguished officer and gentleman through the art of fine cooking and dining. Its cuisine includes original recipes used by Romulo’s first wife, Virginia Llamas Romulo. A skilled cook who personally managed the family kitchen in her early years of marriage, Virginia made sure that special Philippine recipes were always included in embassy functions that her husband hosted when he became a diplomat. She would prepare and cook the dishes herself, making sure that everything tasted perfect.