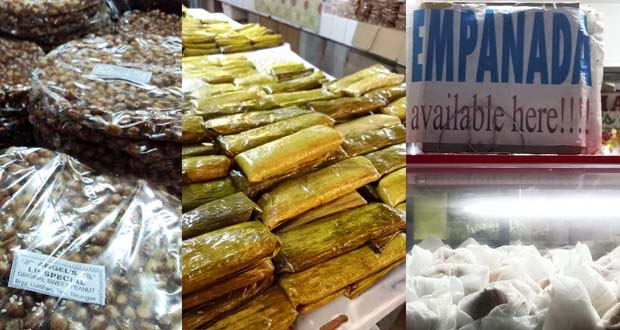 We’re pretty sure you’ve heard of Taal already, but what we really are sure about is that you know it because of Tagaytay and Taal Lake, right? In case you do not know, Taal is also a town tucked in the heart of Batangas, also known as the Heritage Town. Just like in Vigan, the town showcases streets of ancestral houses which are still intact up until today. But more than that, Taal’s delicacies are the reasons why more people visit the town, and why they keep on coming back.

Listed below are 6 delicacies which Taal is known for. Panutsa is considered one of the tourists’ favorite pasalubong when they visit the town. Not only that it is affordable, but you could always munch on this dessert made up of nuts and brown sugar. Taal’s longganisa isn’t the red, thin and sweet one. What you’d likely taste is garlic and soy sauce, the two main ingredients of the longganisa. Its marinated meat is stuffed into lengths of  dried skin of intestines, and you could even witness this process early in the morning at the public market. This one’s among the tourist’s favorites because Taal’s tapa has a distinct recipe. Whether pork or beef, the marinade used in Taal has soy sauce, garlic and calamansi which gives off a sweet and salty taste. There sure are varieties of suman, but Taal’s version might be your next favorite. Like others, it is made of sticky, boiled rice and then wrapped into banana leaves. But then, you do not need any dip or topping because it is naturally sweet. But Taalenos have this custom of pairing suman with a cup of tablea drink, which could be eaten at any time of the day.

If you’re a chocolate lover, take it the natural ways through drinking tablea. Usually sold as cocoa balls, you could dissolve these into boiling water. You could drink them during breakfast, or even pour it over your fried rice, as how Taaleños do it. Just like Vigan, Taal boasts their own empanada which has either vegetable or pork meat and boiled egg fillings. It has a natural light brown color because its bread is made of flour, which is deep fried until crunchy.

All of these you could find at the Taal Public Market.