Home Travel + Leisure Taipei City, in the Eyes of a Filipino Internet Sensation 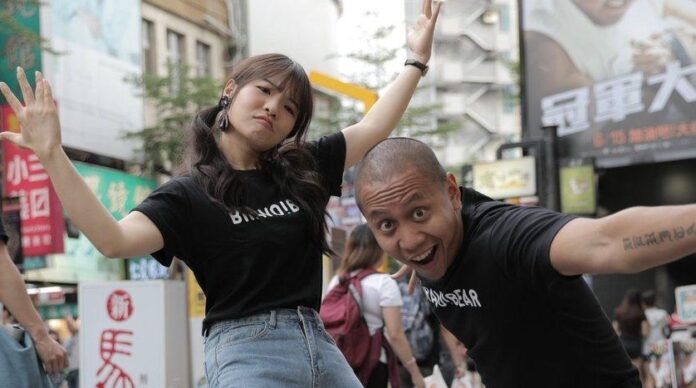 The music video debuts at the FUN TAIPEI 2018 media launch and travel seminar held at the Filipinas Ballroom, Ascott Hotel in Makati City on July 3, 2018. The song titled ”My New Crushie,” which is based on the theme song of the 2017 Summer Universiade in Taipei City, was performed by Mikey before the members of Manila-based media and select travel agents. With playful and catchy lyrics, the music video takes the viewers to get a sneak peek into Taipei’s amazing food scene.

Mikey, who dabbles in comedy and singing, boasts of the tasty food he feasted on during the music video shoot – including beef noodle, Mango shaved ice, fried chicken and the world famous stinky tofu. He shared his fun experience during the shoot including that of the time when it rained heavily while sampling the street food. Now, he thinks of stinky tofu on a rainy day.

“The taste is so unforgettable and I wish I can go back to Taipei to try more things that I didn’t get to eat last time,” narrates Mikey.

Deputy Commissioner of Taipei City’s Department of Information and Tourism Chen Yu-hsin claims that the comedian-singer is the first foreign celebrity to be invited as Spokesperson to promote Taipei City as perfect city for foodies and shopaholics. She even expressed her gratitude to the Filipinos for choosing Taipei City as one of their favorite travel destinations. Accordingly, the number of Filipino visitors has hit new highs, with the number reaching 290,784 since Taiwan approved the visa-free program for visitors from the Philippines in November 2017, which is just extended until the end of July, 2019. This is a staggering 68.59% increase from the same period in the previous year, which attracted 172,475 people in 2016.

Meanwhile, the famous local travel agency Jeron Travel has launched its latest travel promotion:  an airfare and hotel deal with Taiwan’s top airliner EVA AIR, including a ticket for the Taipei City double-decker sightseeing bus. The ticket sale is set to start on 5th July in the Philippines at a minimum price of USD 400. Also available is the limited amount of Fun Pass Taipei and “FUN TAIPEI” surprise package. This will give Filipinos get to enjoy a series of super deals once they board the flight until they return home.

Deputy Commissioner Chen Yu-hsin says the Department of Information and Tourism also hosts a tourism business matching session for the first time right after the press conference to follow the local customs of the tourism industry. More than 40 local tourism operators and agencies are invited to meet with the business delegates from Taipei in the hope of encouraging more Filipino visitors to come to Taipei.

On Friday, July 6, another promotional event will be held at the Activity Center of Glorietta 2. Again, Mikey will perform the song “My New Crushie.”  There will be food stations featuring dishes from Taipei for free, a DIY session and an interactive photo studio. Members of the public are welcome to attend the event to see a live performance, sample Taipei’s delicious food. You can even win a prize when you take pictures at the event and tag FUN TAIPEI. And capping off the series of promotional events for Taipei City is the 2018 Travel Madness Expo at SMX Convention Center in Pasay City, happening from July 5 to 8.

Now is the best time to explore the many sides of Taipei City.