Home Catholic Prayers Prayer for the Preservation of Faith 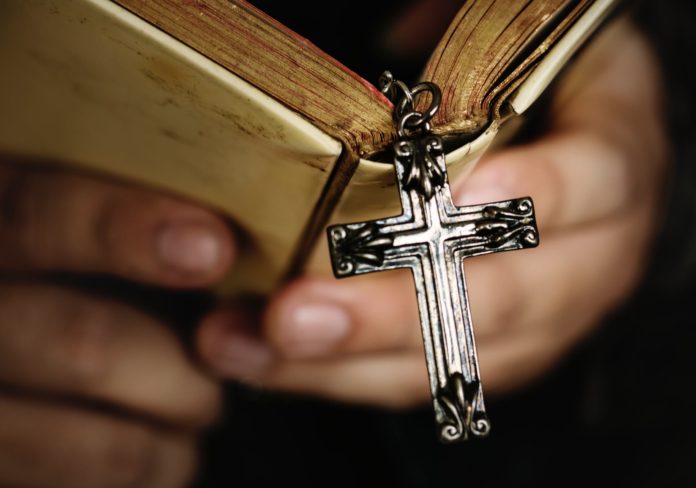 During the days of the early Christians, persecution was common. Thus, this prayer for the preservation of one’s faith was written. It’s not certain who actually wrote this beautiful prayer, but it was Pope Leo XIII who put an indulgence of 300 days to it. Here’s the prayer:

O my Redeemer, will that terrible moment ever come, when but few Christians will be found animated with a spirit of faith? that moment when, provoked to indignation, Thou wilt remove from us thy protection? The vices, the evil habits of our children, have perhaps irrevocably moved thy justice this very day to vengeance!

O Thou who art the author and finisher of our faith, we conjure Thee, in the bitterness of our hearts, humbled and contrite, not to permit the beautiful light of faith to be extinguished in us. Be mindful of thy mercies of old, cast a compassionate regard upon that vine which Thou hast planted with thy right hand, which was bedewed with the sweat of the Apostles, watered with the precious blood of thousands upon thousands of martyrs and the tears of so many generous penitents, and made fruitful by the prayers of so many confessors and innocent virgins.

O divine Mediator, have regard for those zealous souls who incessantly raise their hearts to Thee and pray for the maintenance of that most precious treasure, the true Faith. Suspend, O must just God, the decree of our reprobation, turn away thine eyes from our sins, and fix them on the adorable blood, shed upon the Cross as the price of salvation, and daily pleading for it, on our behalf, upon our altars.

Oh, preserve us in the true Catholic Roman Faith. Infirmities afflict us, annoyances wear us away, misfortunes oppress us: but preserve to us thy holy faith ; for, endowed with this precious gift, we shall willingly bear every sorrow, and nothing can affect our happiness. On the other hand, without this supreme treasure of the faith, our misfortunes will be unspeakable and immense.

O good Jesus, author of our faith, keep it pure; keep us safe within the bark of Peter, faithful and obedient to his successor, thy True Vicar here on earth, that so the unity of holy Church may be preserved, holiness fostered, the Holy See kept free and protected, and the universal Church extended, to the advantage of souls.

O Jesus, author of our faith, humble and convert the enemies of thy Church ; bestow on all Kings and Christian Princes, and on all the faithful, peace and true unity; strengthen and maintain all in thy holy service, to the end that we may live by Thee and die in Thee. Ah! my Jesus, author of our faith, in Thee I would live, and in Thee would I die.

Pope Leo XIII (born March 2, 1810, Carpineto Romano, Papal States—died July 20, 1903, Rome) – His original name was  Vincenzo Gioacchino Pecci, and was Pope from 1878–1903. Pope Leo XIII brought a new spirit to the papacy, manifested in more conciliatory positions toward civil governments, by care taken that the church not be opposed to scientific progress and by an awareness of the pastoral and social needs of the times.

At the death of Pius IX in February 1878, then Cardinal Pecci’s name was mentioned frequently among those of the principal papabili, those considered possible successors to the papacy. His candidacy was strongly supported by most of the non-Italian cardinals, who were impressed by the self-control and energy with which he acquitted his duties as camerlengo and who noted that one who had been away for so long from Rome would be less compromised by the decisions of the preceding pope. Cardinal Pecci was elected on Feb. 20, 1878, on the third ballot. He announced that he would take the name Leo in memory of Leo XII, whom he had always admired for his interest in education, for his conciliatory attitude toward temporal governments, and for his desire to create links with Christians who had separated from the Roman Catholic Church. The age of the new pope and his delicate health caused speculation that his pontificate would be brief. But, in fact, he directed the church for a quarter of a century.