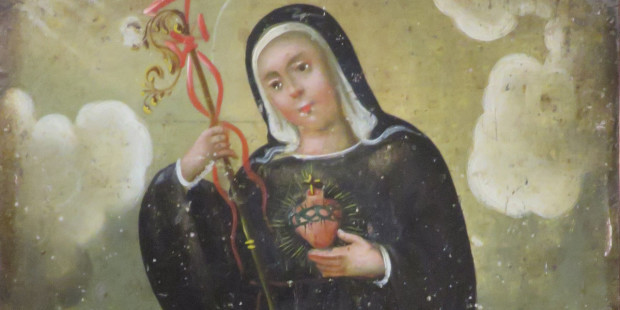 According to tradition, many souls would fly to heaven when this prayer is prayed with heartfelt devotion.

St. Gertrude the Great was a holy mystic of the 14th century, who began receiving heavenly visions at age 25 while living in a Benedictine community. Among her mystical visions was a glimpse into Purgatory.

There she saw a man she was praying for and his soul appeared as a toad, suffering from the sins he committed on earth. After reciting a short prayer for him, she asked Jesus if it had any effect. He replied by saying, “Certainly, the souls in Purgatory are lifted up by such supplications, but also brief prayers that are said with fervor are of even greater benefit for them.”

The Church has always taught that it is a Spiritual Work of Mercy to pray for the souls of the faithful departed, imploring God to purify the souls of the dead “by the fire of his charity” and to bring them at last to their Heavenly Home.

During one of these visions Gertrude was given a prayer by Jesus for the Holy Souls in Purgatory. It is piously believed that 1,000 souls are released from purgatory by praying this payer with the heart.

Below is this powerful prayer, one that trusts in the unfathomable mercy of God, poured out for us on Calvary.

Eternal Father, I offer You the most Precious Blood of Your Divine Son, Jesus, in union with the Masses said throughout the world today, for all the Holy Souls in Purgatory, for all sinners everywhere, for sinners in the universal Church, those in my own home and within my family. Amen.